If you love to dance, you'll love Soul Vibes. Our 'Get Down' shows deliver those incredible Soul, Motown, Funk, R&B and Disco dance hits from the 60s, 70s & 80s at iconic venues around New Zealand. Proudly described as a united nations of soul, our band combines some of the best local and international musical talent on New Zealand music scene. 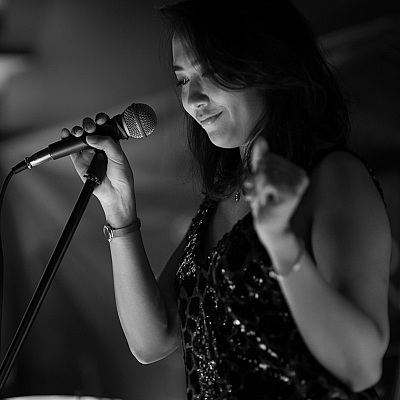 An amazing talented musician and vocalist. Nike! (Pronounced Nicki for us Kiwi's) Finalist Miss Indonesia-World 2007 (rep. Riau Prov.), Singer, Model (multimedia), Presenter and an actress who relocated to Auckland-New Zealand. We’re so lucky to have this talented lovely lady perform on stage with us… "Totally captivating" 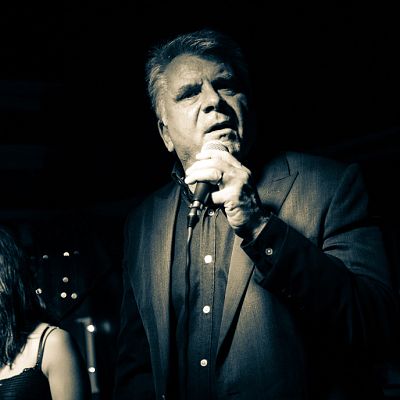 Meet George, our talented vocalist from Brisbane, Australia. George, a school teacher relocated to Auckland-New Zealand from Seoul, South Korea. A great voice and exponent of rock, blues, soul! We convinced George that if it was good enough for Neil Young to be signed to Motown label, it was good enough for George! Another talent that we are so lucky to have perform on stage with us… "He's going to rock you for sure"

Meet the band leader... Music runs deep in Reg’s, family. Grew up listening to his aunties, NZ based Samoan sisters Pauline, Adele and Mary, known as The Yandall Sisters. Other cousin’s were the top Samoan band "The Five Stars” who played throughout the pacific and in Australia. Love's Pacifica and American music. In particular jazz, soul, and R&B. The groove of Motown, big bands, great songs, with lots of harmonies & church playing a big part in his musical influences. 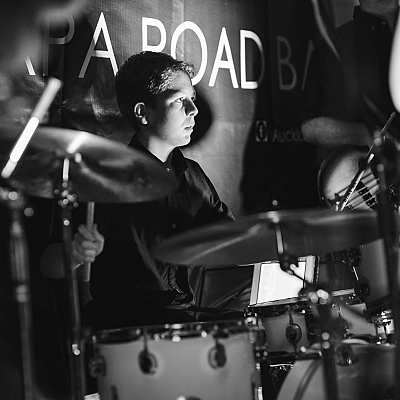 Teenage drumming sensation Logan Sussex, ply’s his trade for the Soul Vibes band. Alongside his dad Steve on bass; the telepathic pairing of father and son are the powerhouse engine room of our band. Don’t let Logan’s 16 years of age fool you.. this kids got serious skills! You’ll hear touches of David Garibaldi, Bernard Purdie, Steve Gadd and Harvey Mason in Logan's own unique drumming style. Solid and always in the pocket with a pro like attitude... people love seeing this amazing talent in action. 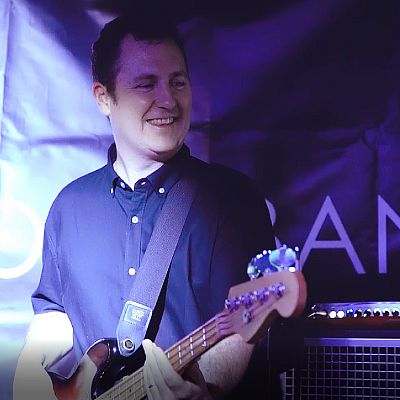 As a bassist and keyboardist he has a solid background in blues, rock, soul and funk. Like Bob Babbitt, who was bassist with Jimi Hendrix and Motown's Funk Brothers, Steve has performed as a session player with too many groups to remember. We really recommend coming out to hear him holding down the groove at any of our shows... especially for bass players getting started, and want to get funky!

If it ain't got Soul, you won't find it here. For your event you can count on us to choose a banging setlist or you can choose your favorites from our special blend of smokin hot songs.

The sizzling hot Soul Vibes band will bring ‘the party’ to your party. Clients looking to host a sophisticated, and stylish event all their guests will love and remember will appreciate our professionalism, organisation and attention to detail.  We can vary in size and scale to suit your event and can feature professional vocalists, instruments, full lighting and sound systems for a vibrant musical experience like no other.

We would love to talk to you about your wedding, function, party or corporate event.